The speakers in Church today yielded many insights (i.e: “Just as we aren’t perfect yet, our families aren’t perfect yet, either”). One of those was an answer to my prayers for the day: to forgive.
One of the speakers described the difficult time she had while working as a nanny in Italy – where, even after overcoming the communication barrier, every one of her decisions was questioned or attacked. She described how this difficulty led her to seek God, and how that search strengthened her relationship with Him, and her faith in the Savior.
I was struck by the similarities of her experience in Italy and my own in South Africa, and I realized that, perhaps, I was too harsh in my criticism of the BYU Independent Study program. Like the speaker, my activities were questioned or challenged at every turn, and like the speaker, that difficulty helped me turn to God. As a result, my faith, and my relationship with my Heavenly Father were strengthened.
I did not give enough credit to the people on my program who were trying to do their part, and suffering from the same difficulties that I was. I also did not give enough credit to the program administrators, who attempted to prepare me for the experience.
That said, I do not regret my lack of support for the program going forward; I have heard too many others who had experiences too similar to mine to believe that my difficulties were an isolated experience. The immensely more positive experience I had at Cambridge confirms to me that there is a better way.


Regardless, I can forgive the people with whom I had so much trouble in and concerning South Africa. Five years is far longer than it should have taken me to do so, but better late than never. Peace and happiness to them all, collectively and individually; I hope that each of them are and have been and continue to be doing well, and I at last can express gratitude for the service and friendship and leadership and shared experience I had there.
Posted by Brett at 7:18 PM No comments: 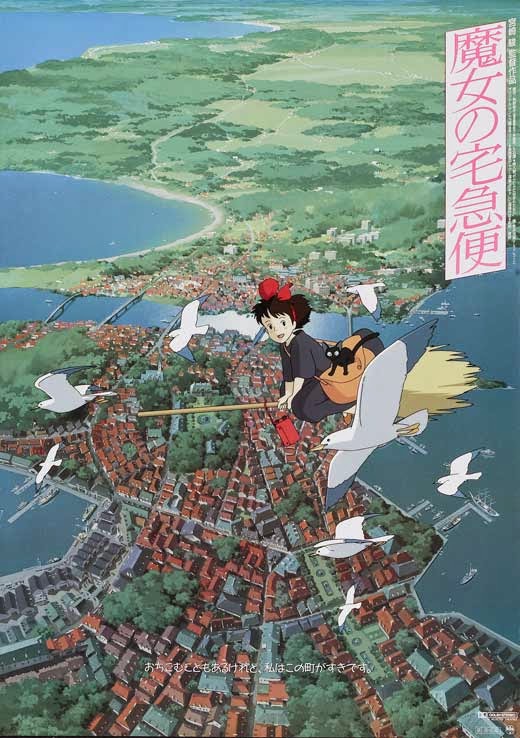 To begin, I must admit first that I am very much a fan of Hayao Miyazaki's films. Apart from Pokémon, which I had seen a few years earlier in early middle school when it was first released in the United States, Princess Mononoke was my first exposure to anime. That film is still a little too violent for my tastes, but I have had a favorable disposition towards Miyazaki ever since.

As in many of Miyazaki's films, Kiki's Delivery Service features a young girl as the protagonist who learns to make her way in the world. In many ways, the film is a full course on Miyazaki's particular style: beautiful frames, drawings, and animation; multiple empathetic characters; intimations of a vast world only mentioned in passing in the lens of the film; flight as both visual motif and metaphor; and time for meditation and reflection, both for the characters and for the audience. That last -- where Miyazaki lets us as viewers see the beautiful, simplified, romantic landscapes of childhood imagination -- is perhaps what lends the film so much of sweetness and innocence; with the characters, we are allowed, for a moment, to see the world as children again.

Kiki's Delivery Service is not a plot-driven film. It is an exploration, of wonder and change, friendship, and of growing up. It is a beautiful movie - but I am not certain it is a film made primarily for children (though they will certainly enjoy it). For adults, it is a deep breath of clean air unpolluted by the anxiety of maturity, but not ignorant of it; a reminder that childlike wonder - that happiness! - is possible, even in a world so far remove
d from pre-adolescent witches on brooms.
Posted by Brett at 8:51 PM No comments:

During this last week, while watching LDS General Conference, I felt I ought to reboot my blog here and begin posting again. Today is just that announcement, with a few thoughts.

First and foremost, I know that Joseph Smith was a Prophet of God, and that the Church of Jesus Christ of Latter Day Saints is THE Church and Kingdom of God on the earth. Feel free to go back through my previous posts, and you will find out why. However, This link is a good place to start.


Second, I will be using this blog as a second source of accountability for my writing process. My daily updates are/will be on Facebook, in an online writing group dedicated to that purpose; every Sunday, I will update this blog with various musings, and with an overall note about where my fiction is coming along. For those interested in being alpha readers, etc., this will be the location to follow (until I purchase a domain name for myself and migrate my blog there. But if/when that happens, I'll give plenty of warning.)


So, welcome back to Musings and a Search for Truth! I hope you enjoy it. Here's to writing. :-)